Home » Instruments » Drums » Electronic Drums » Alesis DM6 Review (Is It Worth It?)

Alesis DM6 Review (Is It Worth It?)

Are you thinking about buying the Alesis DM6 drum kit?

You’re in the right place!

In this review, you’ll learn: 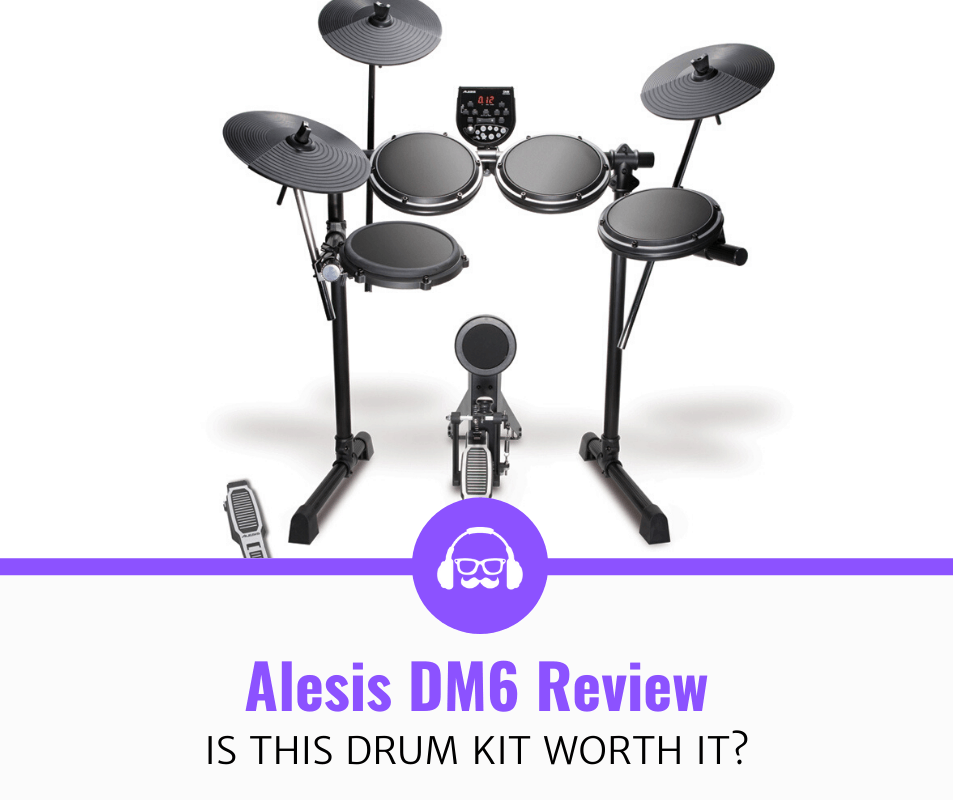 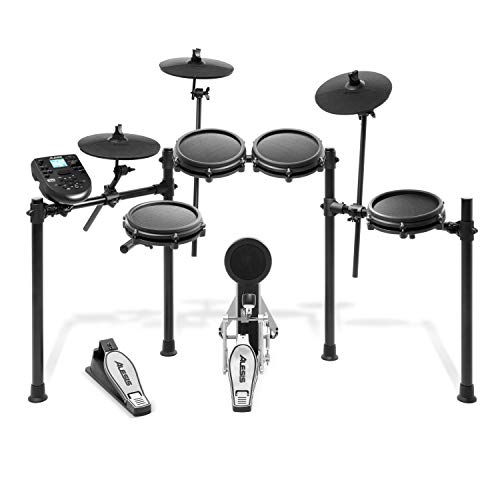 The Alesis DM6 is a solid entry-level offering that has in many ways stood the test of time.

The overall construction is robust yet compact, and the kit feels satisfying to play.

If you’re a beginner on a tight budget then finding a good deal on a used Alesis DM6 kit would be a great place to start.

The inclusion of USB MIDI also sets it apart from other entry-level kits from the same era.

The most important part of any electronic drum kit is the drum module (also called sound module or brain).

The brain is the unit that all the individual drum and cymbals pads plug in to.

It houses all the pre-recorded (sampled) drum and percussion sounds, as well as being the hub for connecting to computers and other external devices.

Compared to modern equivalent kits, the DM6 has a pretty modest and stripped-down list of features:

As you can see this kit only has 10 preset kits, which is pretty minimal by today’s standards.

However, these kits do a pretty good job of covering different styles, from heavy rock to jazz, as well as ethnic percussion and 808 style electronic sounds.

The 40 included backing tracks do sound like something out of a 90s Mario Game, but they at least have the option to mute the drum accompaniment and can be pretty fun to jam along to.

The inclusion of the USB port on this kit is what really sets it apart from other budget kits from the same era. USB MIDI allows you to plug your DM6 module into a computer so you can record in your chosen recording software (DAW).

Crucially, it also means you can use the DM6 with a drum VST such as Steven Slate Drums or Superior Drummer.

This means that the basic limited sounds in the unit itself can be replaced by beautifully detailed samples, making your $150 drum kit sound like a top of the range Roland worth $5000!

​Read More >> How Do You Record Electronic Drums?

The outputs included with the DM6 module are also pretty basic. The main output is a ⅛” stereo jack, which means you’ll need a ¼” jack converter if you want to plug it into a PA or an audio interface for recording.

The inclusion of the ‘Mix In’ port is a very nice touch. It allows you to plug in any device with a headphone output (such as an iPad, PC, iPod, or other mp3 players) so you can jam along to your favorite tracks, or use it to follow online drum lessons with the sound of your kit in your headphones.

The module does come with a basic metronome which is handy for practicing, but again compared to more modern units it’s pretty stripped down (but remember this kit is a good few years old now).

The design of the module is basic but very functional, it has a basic LED screen and buttons that are laid out well, making it very intuitive to use (which is great for kids).

The included cable snake is nice and compact as well, making transportation easier, as well as giving the kit a nice clean look.

Unlike the mesh heads on the modern Alesis Nitro Mesh Kit, the Alesis DM6 comes with a full complement of rubber trigger pads for the snare and toms.

Rubber is a little less forgiving and acoustically louder than mesh heads, but it’s pretty standard on entry-level kits of the time.

The pads themselves are 8” in diameter and feel sturdy and well built.

The kit comes with a dual-zone snare pad, which means you can trigger rimshots and other assignable sounds on the rim as well as the pads center.

The feel of the snare and tom pads is as you’d expect from rubber triggers, however they feel a touch less hard and unforgiving as the old Roland PD-8’s.

One thing I really like about this kit is the cymbal pads. The hi-hat, crash cymbal, and ride cymbal are all 12” pads, which feel much more realistic and satisfying to play than the standard 10” pads on the modern Nitro kits.

The accuracy of the triggering is overall pretty good, but with the basic sound module, you’re quite limited in the options for tweaking sounds and making custom kits.

The kick drum pad has seen little change over the years, it’s a pretty basic hard rubber tower that does the job.

Once you’ve hooked up your bass drum pedal (included) the acoustic volume isn’t the quietest, so I would advise looking into a drum riser if you live above your neighbors!

The aluminum rack is basic yet functional. It’s not the most stable in the world but it’s more than adequate for practicing at home.

It’s also very compact, which will suit drummers that live in small apartments or need something they can pack away between practice sessions.

In general, the mounting hardware on this kit is well made and easily accessible.

It’s nothing spectacular but does the job as you’d expect. I wouldn’t necessarily trust it to gig with though as it’s unlikely to withstand constant setting up and tearing down.

If you manage to get hold of a new/old stock of this kit, then the included kick pedal is usable but the drumsticks are very cheap (I’d recommend upgrading to a pair of Vic Firth American Classic 5a’s)

The included sprung hi-hat pedal controller is basic but does the job perfectly well.

As with most budget drum sets, the included drum sounds are often where they fall flat. The DM6 is an older kit, so you’d expect the built-in sounds to be terrible. But I didn’t find that to be the case.

Ok the samples can be pretty machine-gun-like, and the amount of expression is limited...but I did find some very usable different sounds on this kit.

For me, the kick and snare samples were pretty good, and the cymbals have enough fullness and bite without being harsh.

The main let-down are the toms, which seems to be a common theme with entry-level e-kits.

They sound very fake and have a kind of ‘boingy’ quality to them, but at this price point, you can be too picky. For a beginner or hobbyist, they will absolutely do the job.

Here’s a great video example of the DM6 kit being used on a real track. It will give you a good idea of its sounds in context…

The real trump hard with this kit though is the inclusion of the USB-MIDI port. This allows you to use drum VST sample libraries which MASSIVELY improve the sound of your kit. Some VST libraries are free too (such as the basic kit in or ), so you as long as you have a laptop or PC/Mac with relatively decent specs, you can get stuck in.

Read More >> What Are The Best Inexpensive Drum Sets?

The Alesis DM6 USB kit suffers a little from being slightly dated in its features and sounds.

However, it’s still a very playable and enjoyable kit to use for a budding drummer, student, or someone looking to pick up the sticks on a very tight budget.

They come up all the time on used equipment websites, often for an absolute steal. So if you’re considering a used electronic kit, the DM6 is definitely worth checking out.

The inclusion of USB-MIDI also means it’s upgradeable and a great option for bedroom producers to use as a MIDI controller to input grooves for their songs. 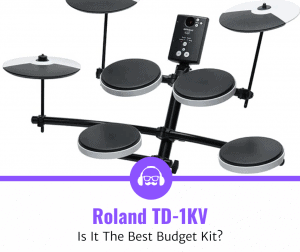 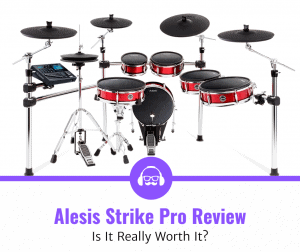 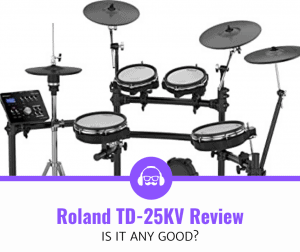